You underestimate corporate innovation, you fail

There is no doubt that innovative small businesses come and go like the wind. However, lessons can always be learned from big and well-established corporations. Otherwise, current market leaders will forget that they are not impenetrable.
Even the most known and appreciated businesses can have their roots shaken by market changes. This serves as a reminder that nobody is 100% protected, especially when experiencing a lack of interest in corporate innovation.

Truth is, 88% of the Fortune 500 companies from 1955 are no longer around. Crazy, right? The main reasons are merging strategies, bankruptcy, or both. It is sad to think that the majority of those businesses are now largely forgotten and unrecognised.

Companies must be more proactive than ever in staying innovative and securing their futures as their average lifespans continue to decline.

The innovation process requires a human-centred mindset. Experimentation, iteration, and a versatile team represent the perfect components for leading a company to success. We are proud to state that Novable possesses all of them.

Here are 10 famous organisations that went out of business because they didn’t pursue corporate innovation. Avoid making the same mistakes and learn from past bad experiences!

Kodak, once the largest film manufacturer in the world, was unable to follow the digital revolution for fear of losing customers to competitors’ stronger product lines. The corporation was in charge of designing, manufacturing, and marketing photographic equipment. Numerous chances to guide the business on the correct path were offered to the leaders working for the company. However, they failed because they were too reluctant to fully embrace the digital wave and corporate innovation.

Kodak spent billions of dollars creating technology for snapping photos with smartphones and other digital cameras, favouring the general public. However, for fear of losing its crucial film business, it postponed the whole process. At that point, competitors, including the Japanese company Canon, seized this opportunity and since then have outlasted the giant.

Another example is given by the acquisition of Ofoto in 2001, a photo-sharing website. Kodak utilised Ofoto to promote the printing of digital pictures, rather than creating what could have become an Instagram precursor.

After declaring bankruptcy in 2012, Kodak reemerged in 2013 as a much smaller, consolidated corporation concentrated on serving commercial clients. 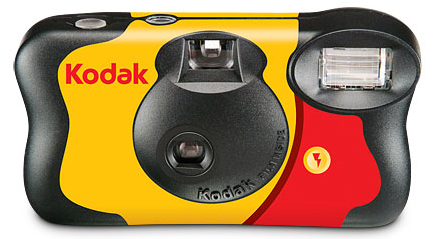 Nokia was the world leader in mobile phones in the late 1990s and early 2000s. This is a clear example of an extremely successful business that failed.

Other mobile firms began to realise that data was the future of communication, thanks to the advent of the Internet. Nokia failed to understand the concept of software and continued to concentrate on hardware. Employees were too afraid of alienating its current customers if they altered too much the already existing strategy.

Nokia made the error of not taking the initiative to pioneer the fundamental shift in user experience. The situation led Nokia to create a messy operating system, with a poor user experience, and not suitable for the market.

The business misjudged the power of its brand and thought it could enter the smartphone market late and still win. The iPhone was introduced by Steve Jobs in 2007, and Nokia finally decided to take on Android in 2008. Needless to say, it was already too late, and its products were not sufficiently competitive. 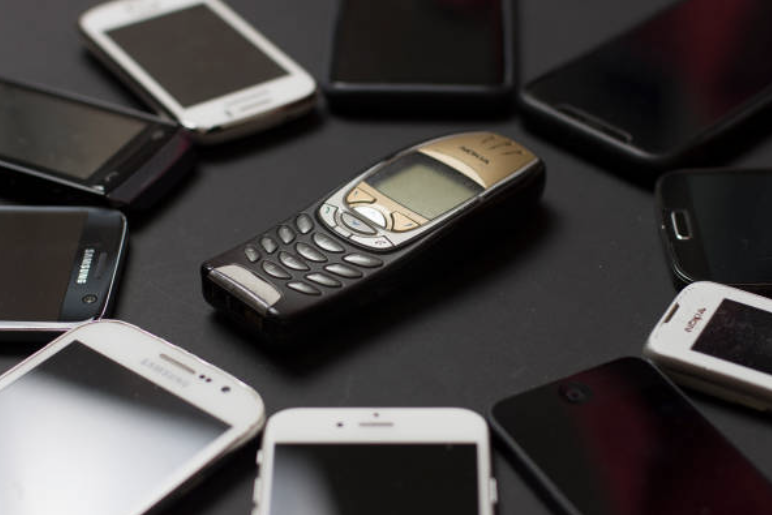 Blockbuster video, a major provider of home videogame and movie rentals, was established in 1985. It is unquestionably one of the industry’s most recognizable names. The company reached its peak in 2004, with 9.094 locations and 84.300 employees globally. Blockbuster declared bankruptcy in 2010 after failing to make the switch to a digital business model.

Blockbuster was approached by Netflix in 2000 with an offer to purchase the company for 50 million dollars. At that time, the CEO passed on the offer because he considered it to be a “very small niche business” that was currently losing money. Today, Netflix has 221.6 million subscribers worldwide and generated $7.97 billion in revenue in the first quarter of 2022.

The management lost its sense of urgency, overestimated the power of its brand, and became complacent. Believing that its physical stores would keep satisfying its customers’ needs was a way to ignore what could have been the perfect move to boost corporate innovation to the next level. 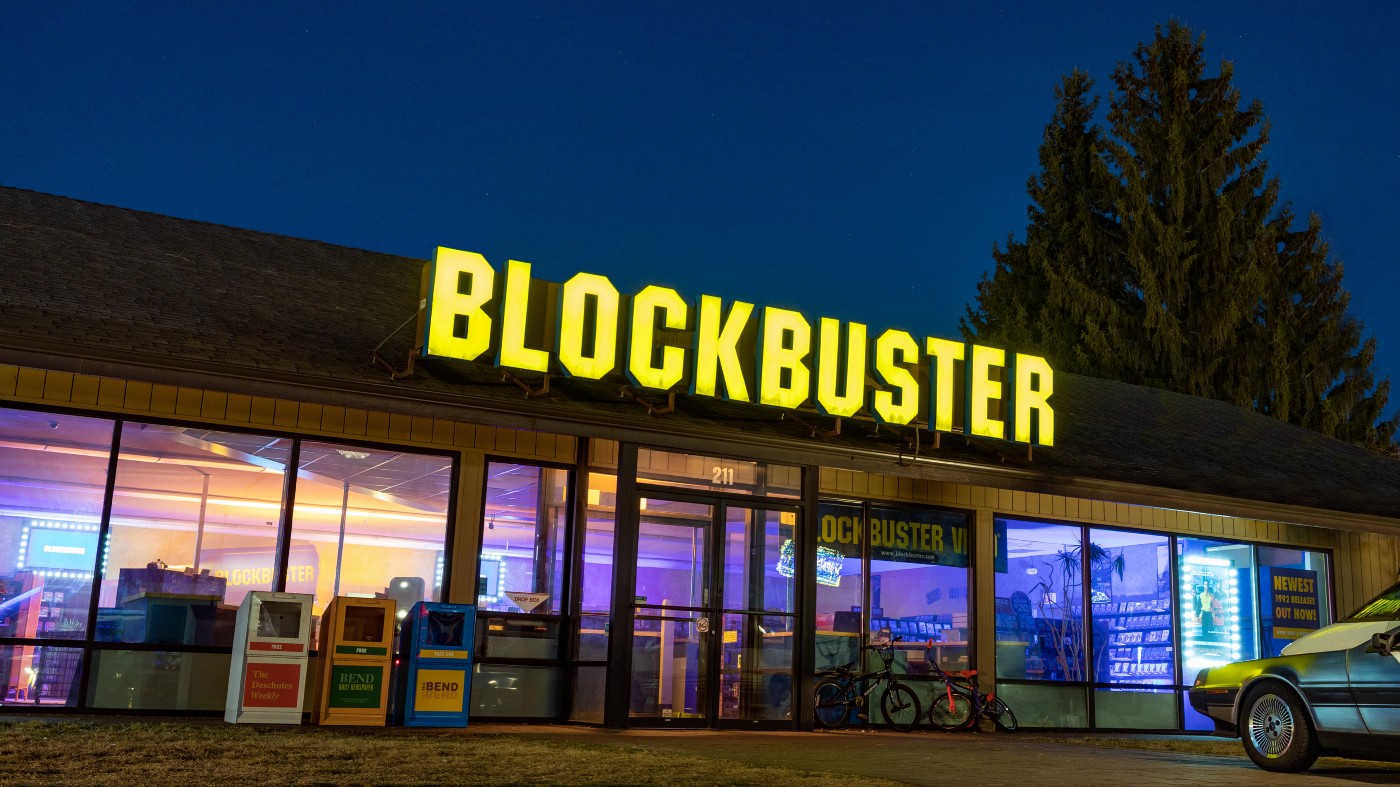 Polaroid was founded in 1937 and it is known for its instant and film cameras. The brand was able to initially dominate the market with few rivals. Unfortunately, it did not foresee the effect that digital cameras would have on its business and industry. By focusing primarily on its historically successful activities, Polaroid fell victim to the “success trap”, ignoring the necessity to expand its reach and strengthen its long-term viability.

After being declared bankrupt in 2001, the original Polaroid Corporation’s name and assets were sold off. The major stakeholder of the Impossible Project, which started out in 2008 by creating innovative instant films for Polaroid cameras, bought the trademark and IP in May 2017. Three months later, Impossible Project was replaced by the name Polaroid Originals. 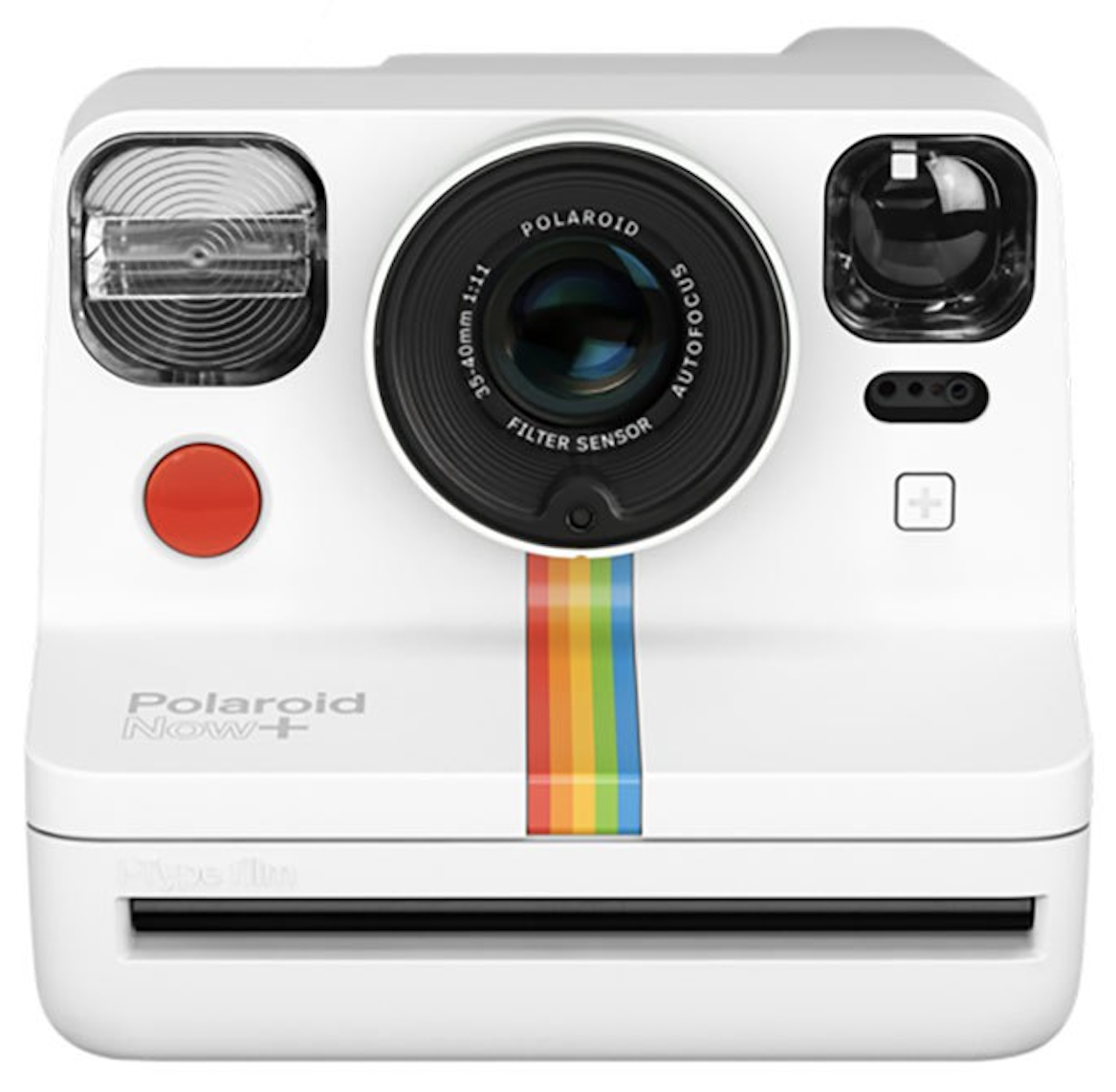 Between the 80s and 90s, Compaq ranked among the top PC manufacturers in the world in terms of sales. Being the first business to legally reverse engineer the IBM Personal Computer, it created some of the first IBM PC-compatible systems. In the end, Compaq found it difficult to compete on pricing with Dell, and in 2002, HP purchased the company for 25 billion dollars. HP used the Compaq brand name for entry-level PCs until 2013 when it was abandoned. 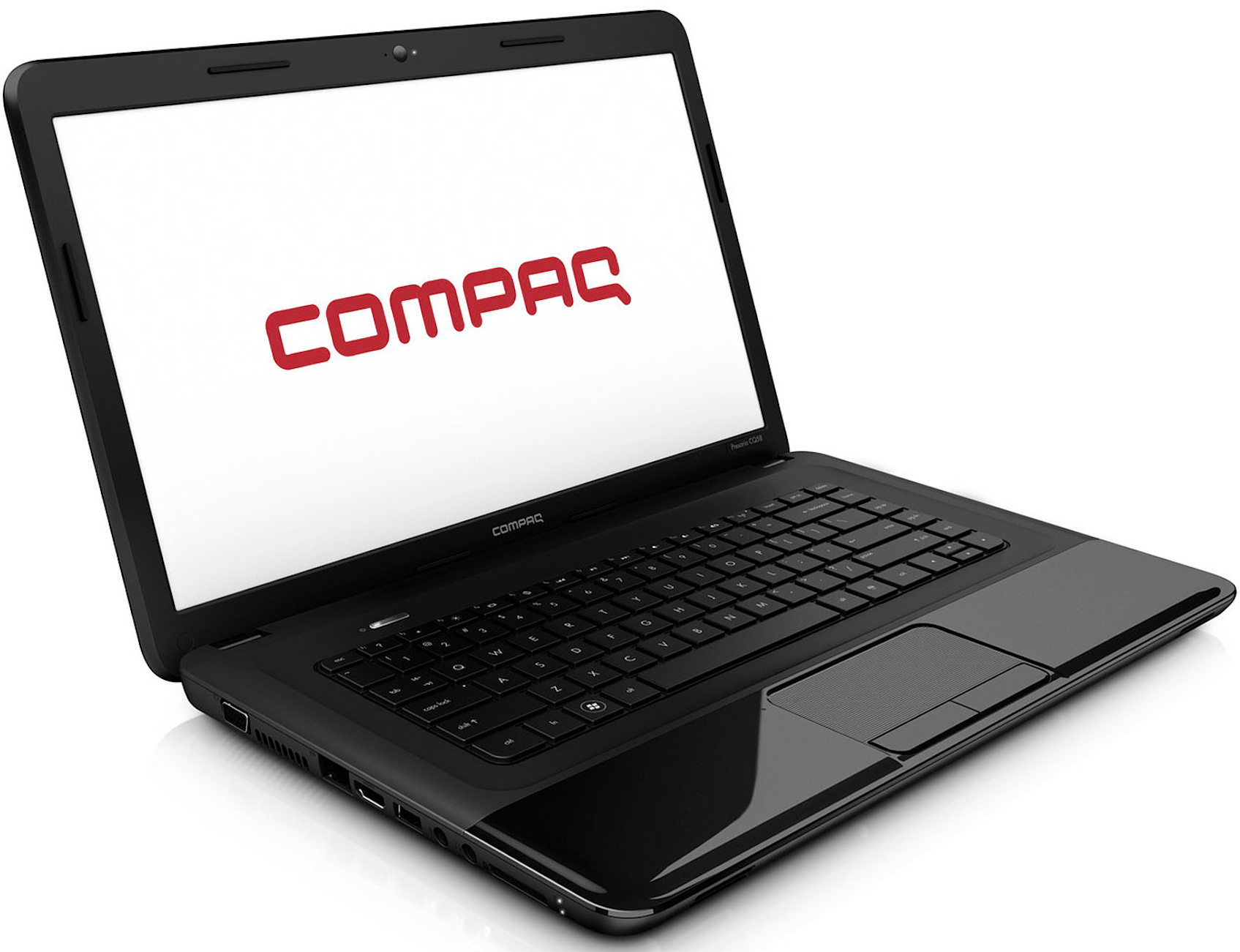 Yahoo was a major player in 2005 in the internet advertising business. However, because it downplayed the significance of search, the company decided to concentrate more on growing into a media empire.

New customer trends were ignored by employees leading the company, as well as the need to enhance the user experience since they chose to concentrate more on media. Yahoo was able to attract a sizable audience to its content, but it was unable to turn a sufficient profit to scale.

Moreover, Yahoo didn’t pay enough attention to many chances that could have saved the business. For instance, they almost reached an agreement to purchase Google in 2002, but the CEO refused the deal. And one more, in 2006, the company had the possibility to buy Facebook, but Mark Zuckerberg pulled out when Yahoo dropped its offer. 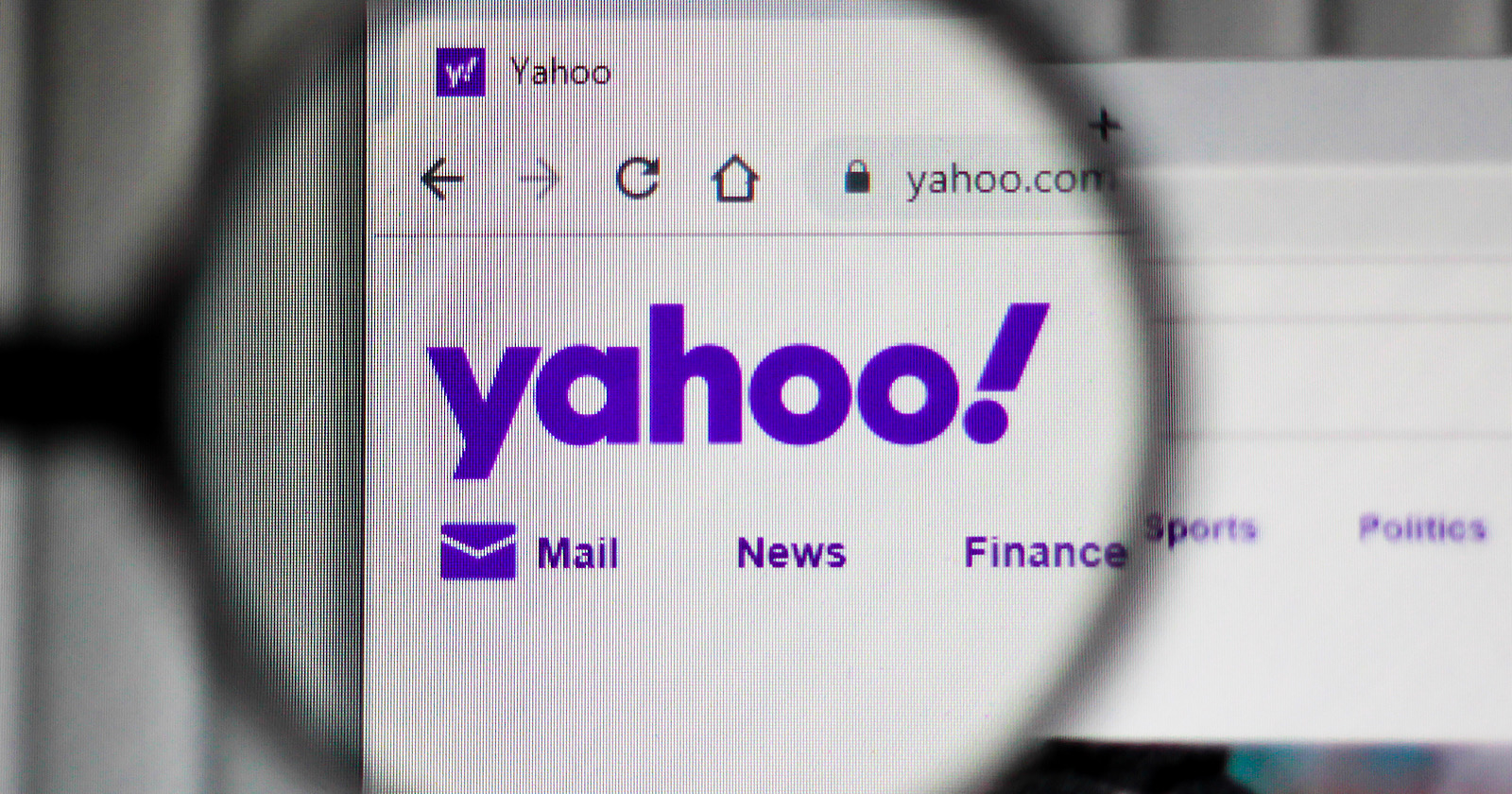 Borders was a multinational retailer of books and music. However, the company was unable to adapt to the new business climate of digital and online books, despite having outlets all over the world and accumulating debt. The main mistakes included taking on too much debt, opening too many stores, and entering the online reader market too late.

Unfortunately, Borders shut down all of its stores and surrendered its customer loyalty list to rival Barnes & Noble for 13.9 million dollars. Since then, several significant retailers have bought and reused the former premises of Borders trying to pursue corporate innovation from it. 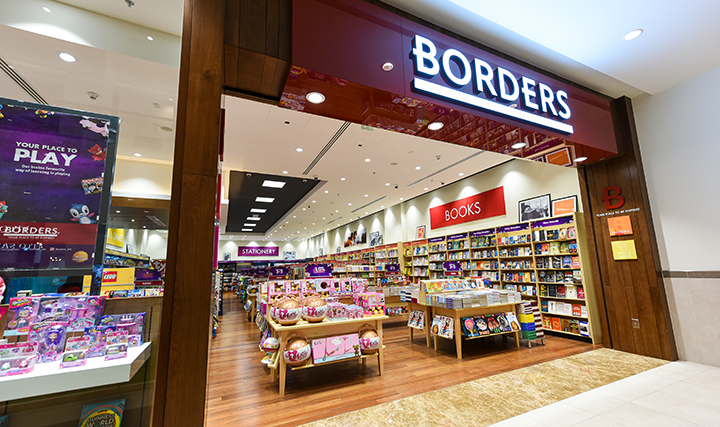 General Motors caused one of history’s worst bankruptcies despite being one of the most significant manufacturers for more than a century and one of the biggest corporations ever. The company’s failure was largely due to its inability to allow corporate innovation into its strategy and evident disregard for the competition.

General Motors neglected to enhance the quality of its offering, failed to adapt to the changing needs of its customers, and did not invest in new technologies as a result of prioritising financial profit.

In 2009, General Motors Company (the “new GM”) was established thanks to a significant bailout from the US government, and the majority of the old assets were acquired, including the “General Motors” name. 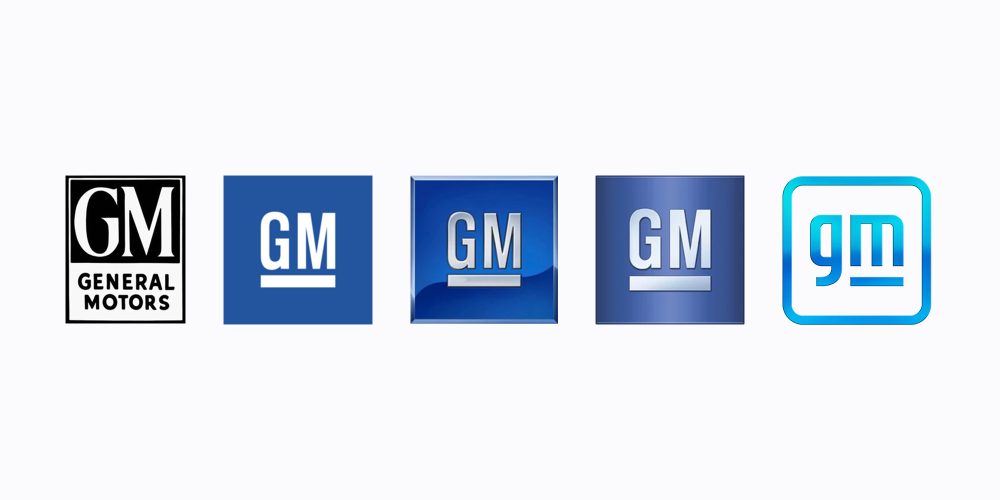 Also known as the largest toy store chain in the world, Toys R Us provides a more recent story of the financial struggles a huge company can go through. The decision to negotiate a 10-year contract to be the sole supplier of toys on Amazon in 2000 might have been the downfall of the company. Later on, Amazon started to permit other vendors to sell toys on its website despite the deal, and Toys R Us sued the company in 2004 in order to terminate the agreement.

It is for this reason that the company missed the chance to establish its own online presence at an early stage. In May 2017 it announced that it would redesign its website as part of a 100 million dollar, 3-year commitment to kick-start its e-commerce business. Way too late. Therefore, it maintained its physical locations while declaring bankruptcy in September 2017 as a result of its 1 billion dollar debt and intense online retail rivalry. 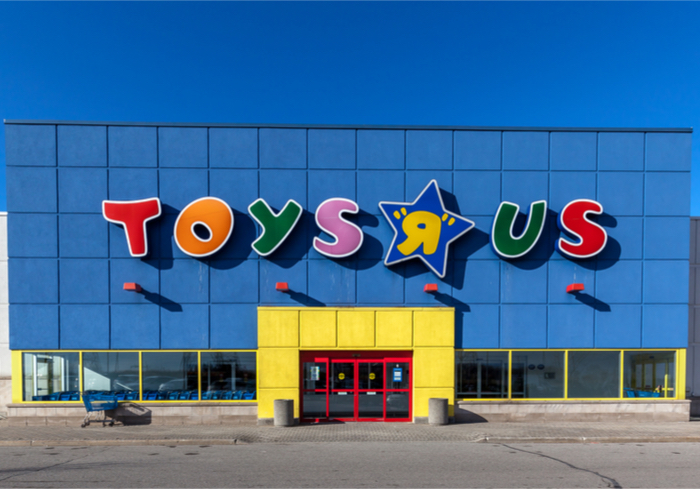 Finally, Xerox is yet another significant example of a large-scale failure. The company was actually the first in developing the PC, a product that was way ahead of its time. Unfortunately, the management never bothered to make use of the prospects they had because they believed becoming digital would be too expensive.

The CEO, David Kearns, was certain that copy machines were the company’s future. The invention of digital communication tools was not thought to be a replacement for black ink on white paper. Xerox failed to realise that you can’t keep profiting off of the same technology indefinitely. Occasionally, technology fails. 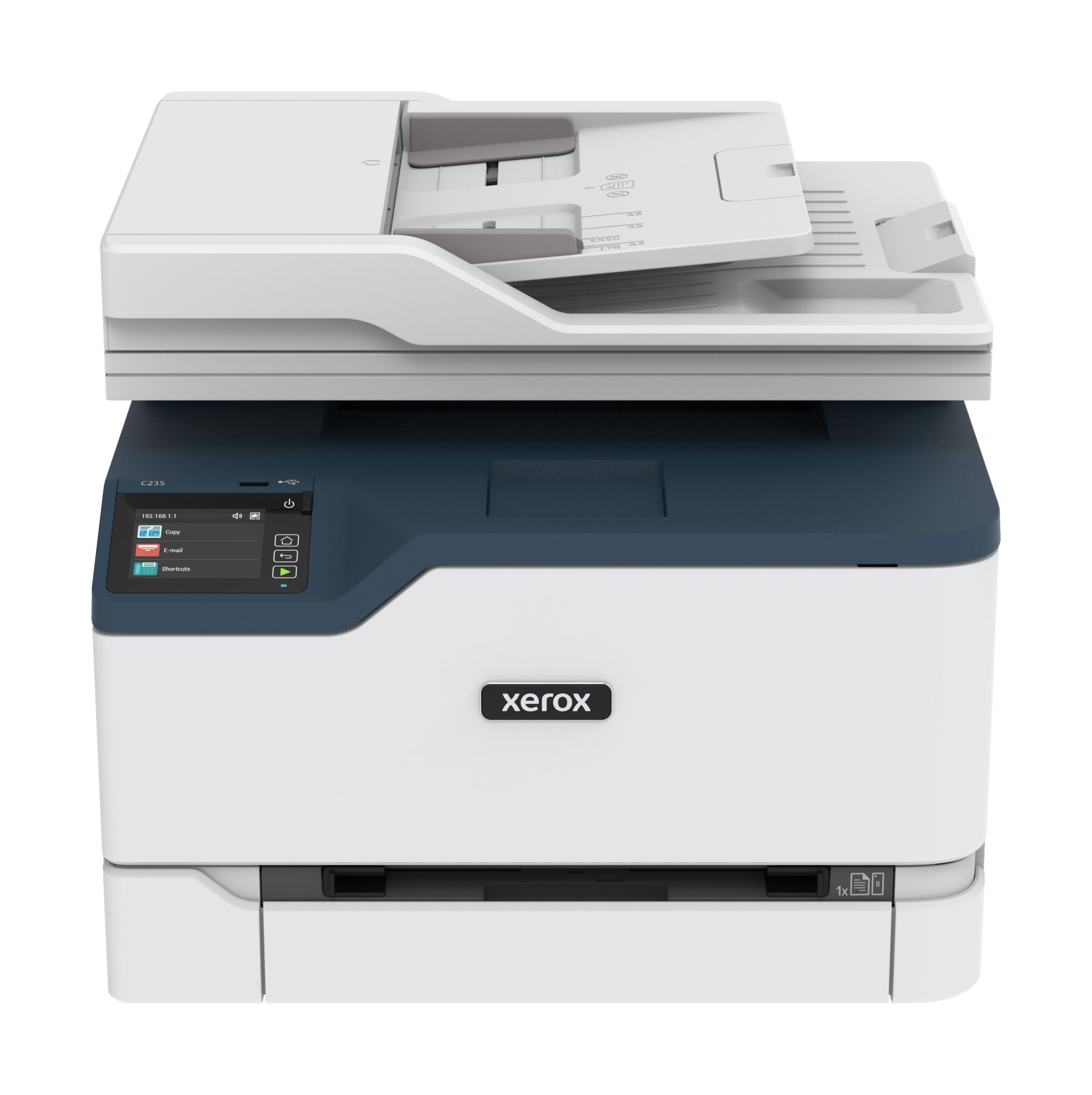 So, what is the main takeaway from these examples?

Large organisations that keep innovating and digitalising their strategies are the most successful. Never let your business oppose what is everything but a trend, corporate innovation. Always pay attention to your customers’ wants and needs.

The Novable platform promotes this way of thinking by helping big corporations find quality candidates to collaborate with. Corporate venturing and startup scouting are growing trends. However, companies are still using extremely inefficient tools, receiving poor results, as well as too many options. If you are curious about how the platform works, and how it can help your business grow, book a discovery call with us!

Adapt your leadership strategy and plans to the shifting scenarios, work constantly to improve the process, and most importantly implement an experimental approach. Follow these steps to avoid turning your company into one that lacks innovation.

What do you think about these occurrences? Share your opinion with us on LinkedIn!

What is corporate innovation?

•22/11/2022•Erika Piaz
We use cookies on our website to give you the most relevant experience by remembering your preferences and repeat visits. By clicking “Accept All”, you consent to the use of ALL the cookies. However, you may visit "Cookie Settings" to provide a controlled consent. and you can check our Cookies Policy

This website uses cookies to improve your experience while you navigate through the website. Out of these, the cookies that are categorized as necessary are stored on your browser as they are essential for the working of basic functionalities of the website. We also use third-party cookies that help us analyze and understand how you use this website. These cookies will be stored in your browser only with your consent. You also have the option to opt-out of these cookies. But opting out of some of these cookies may affect your browsing experience.
Necessary Always Enabled
Necessary cookies are absolutely essential for the website to function properly. These cookies ensure basic functionalities and security features of the website, anonymously.
Functional
Functional cookies help to perform certain functionalities like sharing the content of the website on social media platforms, collect feedbacks, and other third-party features.
Performance
Performance cookies are used to understand and analyze the key performance indexes of the website which helps in delivering a better user experience for the visitors.
Analytics
Analytical cookies are used to understand how visitors interact with the website. These cookies help provide information on metrics the number of visitors, bounce rate, traffic source, etc.
Advertisement
Advertisement cookies are used to provide visitors with relevant ads and marketing campaigns. These cookies track visitors across websites and collect information to provide customized ads.
Others
Other uncategorized cookies are those that are being analyzed and have not been classified into a category as yet.
SAVE & ACCEPT