We all look for a product-market fit, but anything comes from an initial idea. It’s amazing to see entrepreneurs having the weirdest ideas that eventually turned out into actual companies, bringing corporate innovation to success…and some of them thriving!

Let’s take computers as an example. In the early 19th century, computers were mainly used by mathematicians to solve difficult and tedious problems. Fast forward to the early 20th century, the first electrical computer was born and was further developed into personal computers in the 80s. Today, almost every household owns at least one computer. Do you really think people thought this crazy invention would result in one of the most successful industries in the world? Some did, some really didn’t. Obviously, computers were indeed a big hit but, just as many made the cut, a lot of others didn’t, like these TV glasses. 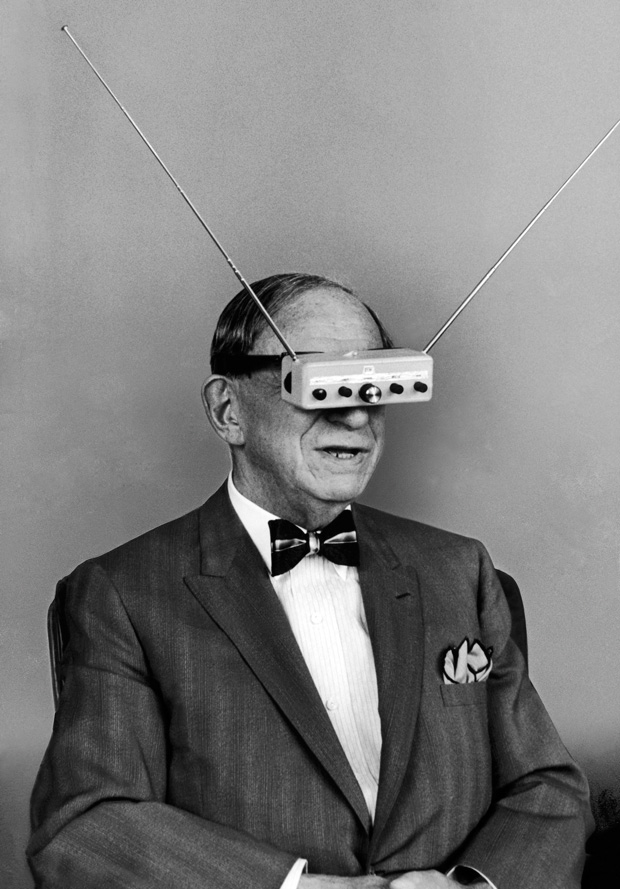 Our Novable Agents did a little research and put the algorithms to work to find interestingly weird companies from today that might be a big hit in the future in terms of corporate innovation.

JoinMyWedding was created to exchange and immerse oneself into Indian culture. As the name suggests, this company allows foreigners to participate in an Indian wedding while traveling through India. The love for their own culture encourages Indian couples to participate.

According to their website, “Elysium Space offers families the ability to send a symbolic portion of cremated remains into the eternal wonders of the night sky, forever in remembrance of our dearly departed”. You can either choose a Shooting Star Memorial, where the remains are sent to Earth’s orbit and back as a shooting star, or a Lunar Memorial where the remains are sent to the moon.

Celestis Earth Orbit service gives the possibility to pay a wonderful tribute to your loved ones, by sending their ashes to space. Family and friends reunite at the launch site, joining space experts and astronauts for a 3-days celebration of life, exploration, and remembrance. On launch day, they have the opportunity to witness the liftoff of the rocket containing the ashes. Once in orbit, the spacecraft will continue its mission for months or even years, to finally reenter and burn like a shooting star.

Samantha Hess started Cuddle Up To Me in 2013 after realizing how limiting the lack of touch in her life was. The mission of this startup is to change the world by breaking down the cultural taboo on touch. “Teaching people how to communicate and understanding their wants and needs for touch will bring people closer together in new and unexpected ways”.

Bird Control Group offers laser technology for effective bird control. The concept behind is that when the laser moves toward the birds, it activates their natural flight response, causing them to flee. Sight is birds’ most developed sense, therefore they perceive laser lights on the green spectrum like physical objects. After many years dedicated to research, this company was able to develop the ultimate laser bird repellent, combining precise optics, filtering, and light frequencies. A perfect example of corporate innovation, while maintaining the safety of birds and of humans as well.

A ManServant is a gentleman treating women like queens. So ladies, read carefully. “Turn up the heat at events”. This company offers different services with the purpose of creating attraction for your initiatives, or simply “decorate” your event with friendly, loving, and funny gentlemen. What better way to celebrate your Bachelorette party than having a couple of gentlemen making sure no one’s glass is empty, while making compliments of adoration to your guests?

PavLok is “the world’s best waking up device”, which can help you in becoming more productive, mindful, and relaxed. I guess everyone needs it, then. The PavLok community promotes mindfulness, the implementation of good habits, and the retention of focus. The latest device, Pavlok 3, is water resistant, has three programmable buttons, and is characterized by an elegant design available in three colors (black, silver, and rose gold).

The world’s smartest pet camera, PlayDate, allows you to interact with your pet from anywhere. The only thing you need to do is set up your PlayDate Smart ball at home, open the app on your phone, and have fun with your loved pet. The Smart ball is protected with a strong, chew-resistant polycarbonate shell, in order for it to be durable and pet-safe. Moreover, you can also speak to your pets, and hear their replies thanks to the two-way audio function.

Solar Foods has developed an innovative method for producing a natural protein using only power and air. It is basically a whole new type of food that is natural, can taste like anything, and doesn’t rely on land, agriculture, or aquaculture. The bioprocess utilizes direct-air capture, natural fermentation, and renewable energy to produce the world’s most sustainable protein. This represents a clear example of how corporate innovation is applied to environmental concerns.

Which one do you think is the weirdest startup out of this list? Let us know on LinkedIn.

We use cookies on our website to give you the most relevant experience by remembering your preferences and repeat visits. By clicking “Accept All”, you consent to the use of ALL the cookies. However, you may visit "Cookie Settings" to provide a controlled consent.
Cookie SettingsAccept All
Manage consent

This website uses cookies to improve your experience while you navigate through the website. Out of these, the cookies that are categorized as necessary are stored on your browser as they are essential for the working of basic functionalities of the website. We also use third-party cookies that help us analyze and understand how you use this website. These cookies will be stored in your browser only with your consent. You also have the option to opt-out of these cookies. But opting out of some of these cookies may affect your browsing experience.
Necessary Always Enabled
Necessary cookies are absolutely essential for the website to function properly. These cookies ensure basic functionalities and security features of the website, anonymously.
Functional
Functional cookies help to perform certain functionalities like sharing the content of the website on social media platforms, collect feedbacks, and other third-party features.
Performance
Performance cookies are used to understand and analyze the key performance indexes of the website which helps in delivering a better user experience for the visitors.
Analytics
Analytical cookies are used to understand how visitors interact with the website. These cookies help provide information on metrics the number of visitors, bounce rate, traffic source, etc.
Advertisement
Advertisement cookies are used to provide visitors with relevant ads and marketing campaigns. These cookies track visitors across websites and collect information to provide customized ads.
Others
Other uncategorized cookies are those that are being analyzed and have not been classified into a category as yet.
SAVE & ACCEPT